Tracts and Brochures for the Body of Christ. 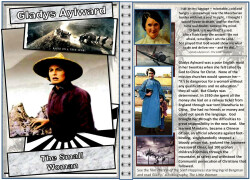 Tracts are short posters or brochures that highlight spiritual topics, share the lives of great Christian men and women, or simply spread the good news of scripture.

This Brochure is for handing out as a Gospel tract and ministry brochure.  It is a pdf document designed to be printed front and back and then folded into a tri-fold brochure.  This brochure has the Gospel message of Jesus Christ with a brief introduction to Berean Christian Fellowship and the Berean Lamp Ministry on the front with a Devotional on the back.

Instructions: Step 1. print page one only.  Step 2. Once page one is printed, place the page back into the printer paper drawer to print page two on the back.  NOTE: For most printers, the upper right corner of the printed page must go face down in the upper left side of the paper drawer.  If this is not true for your printer, experiment a little to find the correct orientation.  Step 3. Fold the brochure equally along the spaces between the 3 panels so that it will fold into a tri-fold brochure.

This brochure is for visitors and people interested in attending Berean Christian Fellowship.  It is a pdf document designed to be printed front and back and then folded into a tri-fold brochure.  This brochure has information on the Berean Christian Fellowship on side one and information on the Berean Lamp Ministry on side two.

USES: For new visitors to Berean Christian Fellowship or for people interested in the Church and its ministry.

Instructions: Step 1. print page one only.  Step 2. Once page one is printed, place the page back into the printer paper drawer to print page two on the back.  NOTE: For most printers, the upper right corner of the printed page must go face down in the upper left side of the paper drawer.  If this is not true for your printer, experiment a little to find the correct orientation.  Step 3. Fold the brochure equally along the spaces between the 3 panels so that it will fold into a tri-fold brochure.

Gladys Aylward was a missionary to China in the early 20th Century.  This is a poster brochure designed to be printed front and back and left on message boards.

The Fruit of the Spirit Definition: Greek: ἀποστασία (apostasia), 'a defection or revolt', from ἀπό, apo, 'away, apart', στάσις, stasis, 'stand, 'standing') is the formal disaffiliation from or abandonment or renunciation of a religion by a person. One who commits apostasy (or who apostatises) is known as an apostate.

"See that no one leads you astray. 5 For many will come in my name, saying, ‘I am the Christ,’ and they will lead many astray. 6 And you will hear of wars and rumors of wars. See that you are not alarmed, for this must take place, but the end is not yet. 7 For nation will rise against nation, and kingdom against kingdom, and there will be famines and earthquakes in various places. 8 All these are but the beginning of the birth pains.

9 “Then they will deliver you up to tribulation and put you to death, and you will be hated by all nations for my name's sake. 10 And then many will fall awaya]">[a] and betray one another and hate one another. 11 And many false prophets will arise and lead many astray. 12 And because lawlessness will be increased, the love of many will grow cold. 13 But the one who endures to the end will be saved. 14 And this gospel of the kingdom will be proclaimed throughout the whole world as a testimony to all nations, and then the end will come." - Math 24:4-14

"Now the Spirit expressly says that in later times some will depart from the faith by devoting themselves to deceitful spirits and teachings of demons, 2 through the insincerity of liars whose consciences are seared, 3 who forbid marriage and require abstinence from foods that God created to be received with thanksgiving by those who believe and know the truth. 4 For everything created by God is good, and nothing is to be rejected if it is received with thanksgiving, 5 for it is made holy by the word of God and prayer.

6 If you put these things before the brothers, you will be a good servant of Christ Jesus, being trained in the words of the faith and of the good doctrine that you have followed. 7 Have nothing to do with irreverent, silly myths. Rather train yourself for godliness; 8 for while bodily training is of some value, godliness is of value in every way, as it holds promise for the present life and also for the life to come. 9 The saying is trustworthy and deserving of full acceptance." - 1 Timothy 4:1-9

"But false prophets also arose among the people, just as there will be false teachers among you, who will secretly bring in destructive heresies, even denying the Master who bought them, bringing upon themselves swift destruction. 2 And many will follow their sensuality, and because of them the way of truth will be blasphemed. 3 And in their greed they will exploit you with false words. Their condemnation from long ago is not idle, and their destruction is not asleep.

4 For if God did not spare angels when they sinned, but cast them into hell and committed them to chains of gloomy darkness to be kept until the judgment; 5 if he did not spare the ancient world, but preserved Noah, a herald of righteousness, with seven others, when he brought a flood upon the world of the ungodly; 6 if by turning the cities of Sodom and Gomorrah to ashes he condemned them to extinction, making them an example of what is going to happen to the ungodly; 7 and if he rescued righteous Lot, greatly distressed by the sensual conduct of the wicked 8 (for as that righteous man lived among them day after day, he was tormenting his righteous soul over their lawless deeds that he saw and heard); 9 then the Lord knows how to rescue the godly from trials, and to keep the unrighteous under punishment until the day of judgment, 10 and especially those who indulgein the lust of defiling passion and despise authority." - 2 Peter 2:1-10

"Now concerning the coming of our Lord Jesus Christ and our being gathered together to him, we ask you, brothers, 2 not to be quickly shaken in mind or alarmed, either by a spirit or a spoken word, or a letter seeming to be from us, to the effect that the day of the Lord has come. 3 Let no one deceive you in any way. For that day will not come, unless the rebellion comes first, and the man of lawlessness is revealed, the son of destruction, 4 who opposes and exalts himself against every so-called god or object of worship, so that he takes his seat in the temple of God, proclaiming himself to be God. 5 Do you not remember that when I was still with you I told you these things? 6 And you know what is restraining him now so that he may be revealed in his time. 7 For the mystery of lawlessness is already at work. Only he who now restrains it will do so until he is out of the way. 8 And then the lawless one will be revealed, whom the Lord Jesus will kill with the breath of his mouth and bring to nothing by the appearance of his coming. 9 The coming of the lawless one is by the activity of Satan with all power and false signs and wonders, 10 and with all wicked deception for those who are perishing, because they refused to love the truth and so be saved. 11 Therefore God sends them a strong delusion, so that they may believe what is false, 12 in order that all may be condemned who did not believe the truth but had pleasure in unrighteousness.

13 But we ought always to give thanks to God for you, brothers beloved by the Lord, because God chose you as the firstfruits to be saved, through sanctification by the Spirit and belief in the truth. 14 To this he called you through our gospel, so that you may obtain the glory of our Lord Jesus Christ. 15 So then, brothers, stand firm and hold to the traditions that you were taught by us, either by our spoken word or by our letter." - 2 Thess 2:1-15

"For it is impossible, in the case of those who have once been enlightened, who have tasted the heavenly gift, and have shared in the Holy Spirit, 5 and have tasted the goodness of the word of God and the powers of the age to come, 6 and then have fallen away, to restore them again to repentance, since they are crucifying once again the Son of God to their own harm and holding him up to contempt." - Hebrews 6:4-6